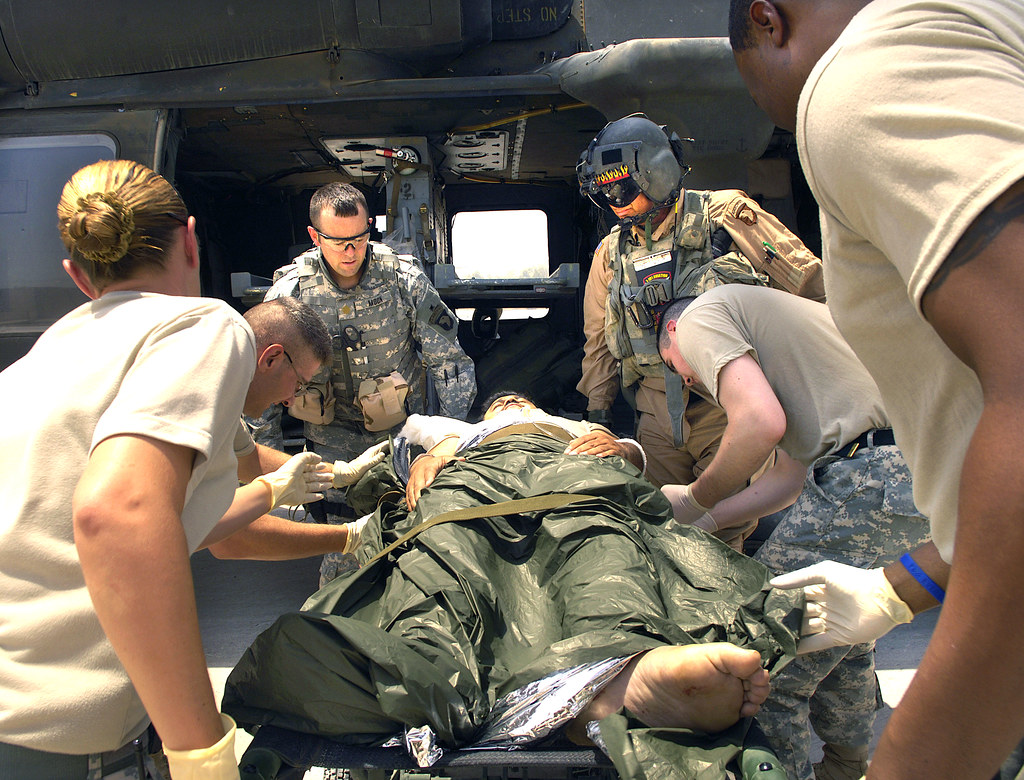 23 Jul An oath to provide care – whoever the patient

Posted at 16:10h in Articles by tg_admin

In June 2014, the Islamic State of Iraq and the Levant (ISIL) entered Mosul in northern Iraq following six days of fighting against state forces.

Half a million civilians fled the city. Others stayed.

Among them were government employees – doctors, teachers and others – who, for a range of reasons, remained in Mosul as the insurgents took control of the political infrastructure.

Many were forced to continue working – treating injured ISIL fighters or providing education to their children at the city’s schools – often with threats levelled against them or their families to ensure compliance.

Now, with the city reclaimed by Iraqi forces since July 2017, those same government employees are being prosecuted under a blanket system designed to target ISIL-affiliates under counter-terrorism laws.

The question of providing medical aid to enemy combatants is one that gets to the heart of the ethical conundrum faced by medical professionals working in recent conflict zones or occupied areas.

Doctor John Quinn, Tangiers International’s medical director, worked in Mosul between 2017 and 2018 as a contractor for the World Health Organization (WHO), treating civilians, members of the Iraqi defence forces, Iraqi police and even ISIL members.

He said: “I worked with a lot of these doctors in Mosul. They had a gun to their heads. Their families were sent to a different house and they could not see them until they provided day and night medical services to ISIL fighters.

“You’re rendering medical care to an injured patient. And medicine should never be politicised or weaponised. The fault lies with ISIL for not following international norms in conflict and not with the doctors who were being forced to work.”

Dr Quinn explained that humanitarian medicine was built on the principle of a commitment to the welfare of a patient – regardless of their political or religious affiliation, nationality or background.

“We had a very high-up ISIL fighter who was brought to us for treatment. The other ISIL members and, of course, the civilians were malnourished and scared – absolutely shells of human beings. But he was very well fed, and his clothes were immaculate. He‘d obviously benefitted from his position.

“But we made sure he received the best care we could provide and withheld nothing. He was treated for his chief complaint, pain was addressed and he was later released.

“Of course, the patient’s history – or at least, the mechanism of injury – may feed into the dynamic of patient care, but it doesn’t matter who they are as a person.

“History will judge us by how we treat people we don’t agree with.”

It is these humanitarian principles – encapsulated in both the Hippocratic Oath and the framework of International Humanitarian Law – which underpin the work carried out by Tangiers Group and the medical professionals it employs.

Adherence to these principles ensures that commercial or non-profit work carried out by the Group’s members is focused on patient welfare and impartiality in conflict.

“During war time you have to stick to your principles. Firstly, do no harm, and secondly, treat the most critical patients,” explained Dr Quinn.

“Every single person in conflict is entitled to best practice medicine. I do not even want to know at the time who they are or what they fight for – I would rather just treat them as a patient.”

Main photo taken during 2006 and used for illustrative purposes only. Photo credit: The US Army (CC 2.0)